Dinosaurs and Technology at the Royal Ontario Museum 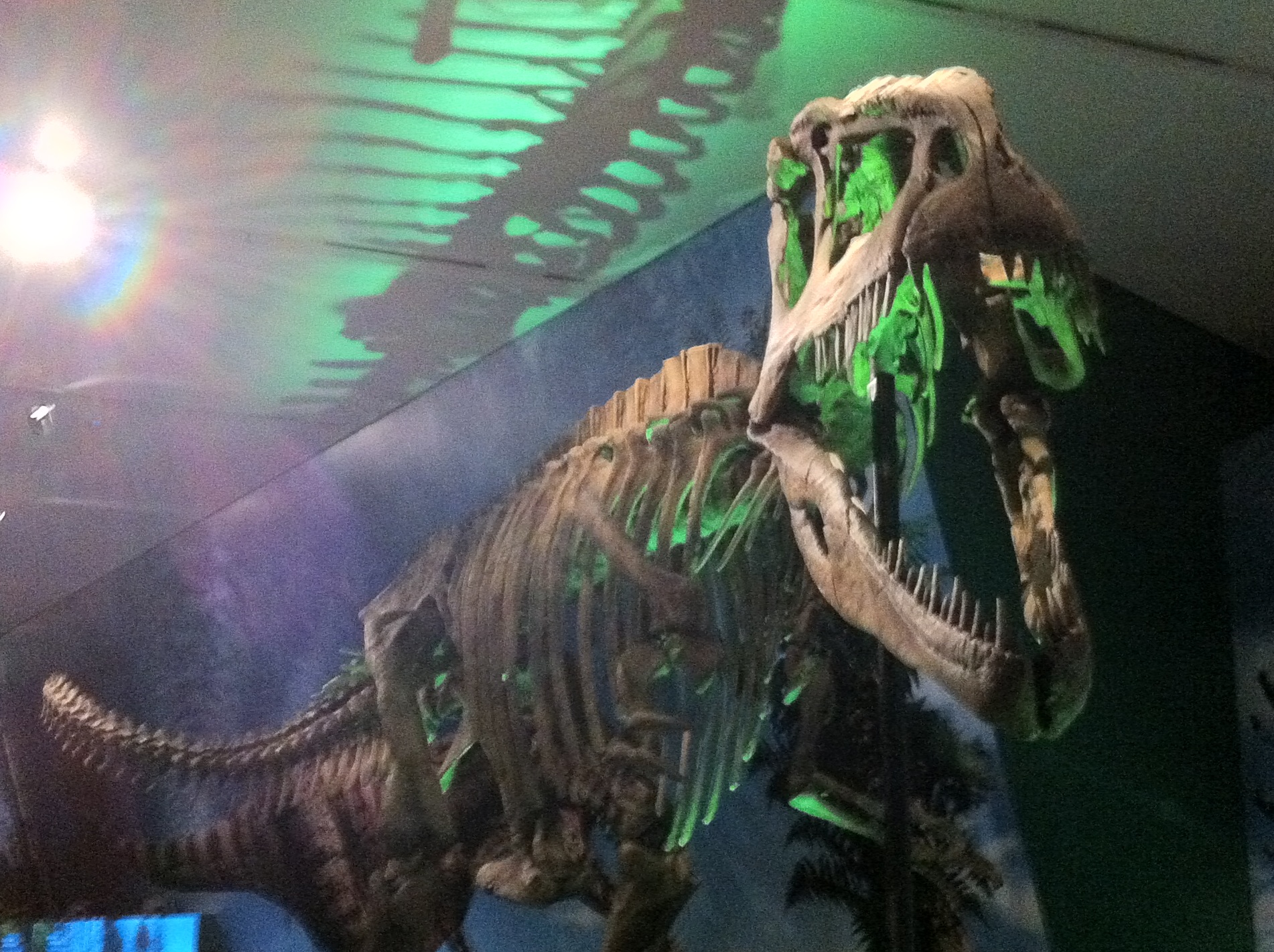 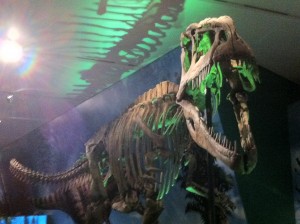 The other weekend I grabbed a lady friend and went on an adventure to the dinosaur exhibit at the Royal Ontario Museum and I have to say, I was thoroughly impressed. Not only were the dinosaurs interesting and displayed suprisingly well, but the technology installations they had throughout the exhibit we actually quite impressive!

First off, who doesn’t like dinosaurs? Most children (yes, including a lot of girls) develop a special love for dinosaurs at a young age that never quite goes away. I saw children, adults, and even elderly couples excitedly moving from exhibit to exhibit reading about this creature or being amazed by the history of that creature. There is something thrilling about these massive, monstrous creatures who used to roam across the earth long before we were ever around that captivates us as children and stays with us, even as adults.

It was the technology that compelled me to write this little post, though. The giant video displays showing the past and future movements of our continental drift over the span of hundreds of millions of years were really cool. And I was surprised and enthralled by the video wall that made use the X-box Kinect. I’m personally fascinated by the applications of the Kinect. It’s amazing to me that something that started as a simple gaming preferel has become such a widely and creatively used device. Using the object and motion tracking abilities of the Kinect, the video contains various CG dinosaurs whose gase would follow you as you walked by. Certain movements even seemed to trigger various reactions on certain creatures (like opening it’s mouth and then snapping it shut).

And then there was all the AR stuff. I feel like Augmented reality doesn’t really get as much attention from developers as it should. The ability to overlay information through your camera view that updates and follows the moments of the device should have incredible applications, but so far we’ve only seen a few really impressive implementations. At the ROM, however, they were great. Using a free app that you could download, you could view animated dinosaurs and information throughout the building, and even beside advertising on bus stops and subway stations! And in the main exhibit, if you view the skeletons of the dinosaurs through the app, it overlays what they are believed to look like with skin. And by touching various spots on it’s body, you can animate it, showing you how it moved and giving you additional information about it’s physiology.

If you live in Toronto or you’re nearby for a visit, I strongly recommend checking it out.

(as of January 21, 2021 - More infoProduct prices and availability are accurate as of the date/time indicated and are subject to change. Any price and availability information displayed on [relevant Amazon Site(s), as applicable] at the time of purchase will apply to the purchase of this product.)
2012-07-04
Previous Post: VA Phone Game iPhone App Update Now Available With In-App Purchases!
Next Post: Credit Card Holder Made From A Keyboard